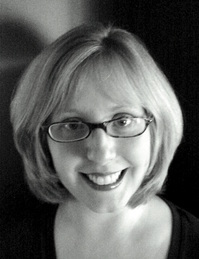 Continung my series of author interviews, here's what Jessica had to say about herself and work.

1. What first prompted you to start writing?

I started writing in January 2010. My family had taken a big financial hit when my husband suffered a
long-term layoff. We had to do something to get some money in, and we tried many
different things. I’d always wanted to write, and my husband encouraged me to try to get an idea I had into book form. It felt different, like something I could actually finish, so I gave it a shot. By April 2010 I had a first draft, and by November 2010, it was published, and How to Meet a Guy at the Supermarket became my first published book. While I was writing Supermarket, I discovered I had a taste for it, and I started two more novels in 2010, both of which were published in 2011. I now have 6 books published with several more in the works.


2.  Do you have a writing ‘routine’, or do you just fit it in around your daily life?

I really wish I did have a routine! I need to be more disciplined, but it’s hard with a full-time job and a family. I write when I can. Sometimes I have great writing jags and manage up to 10,000 words in a day. That’s the best, when the words are flowing from my brain onto the page and I can’t seem to stop. Other times it seems as though I have to struggle to put two words together. I write a lot by feel. When I’m deeply into a manuscript, I feel my story, my characters, what drives them. It’s not easy sometimes to replicate that feeling on separate days, so when I get it, everything is usually dropped and I write.

3. Where do you usually write?

In my living room, mainly. I  have a little netbook that I use, and I’ve written all six of my books on it.  Some of the letters are actually rubbed off the keys! I also use my kitchen  table if I’m in for a long day. That way I can have a bigger surface to put coffee, snacks, the phone, etc.


4. Do you plot your story before you start to write, or do you start and see where it takes you?

It depends. I start with an idea, and I can usually see the beginning and the end. It’s the middle that’s the tricky part, so sometimes, I just wing it and see what happens, but if I get  stuck, I try to plot. Usually, though, my characters have a mind of their own, and the plotting just goes out the window, even if I am trying very hard to stay on task.


5. Which writers do you enjoy reading?

I enjoy LaVyrle Spencer a  lot. She’s the queen of writing beautiful stories that are gently, lovingly written, with characters you fall in love with, who teach us lovely life lessons that are so important to learn. She’s tremendous! I also love Nora Roberts,  including her In Death Series where she writes as JD Robb. I also like Mary Higgins Clark and John Grisham. I have a wide variety of genres I enjoy.


6. Do you ever base your characters on people you know?

Not really. I think some of  my characters, in a way, are based on myself, traits I think I might have or traits I’d like. None of the stories are true, and all of the characters, main or supporting, are just who I think fit into the world I’ve created. I tend to avoid writing about people I know because it’s less messy that way, although my Dad swears he’s the sweaty, balding redneck in Supermarket. For the last time,
Dad, it’s not you!

7. Which of your own books is your favourite?

I think Six Weeks is my favorite book. To me, it’s the book that tells the best story in the most real way. It’s raw and ugly and dark and hard, but to me, that’s where the beauty of the story is. That one, if you let it, will pull you in and never let you go.The characters are still with me.

8. Do you have to do a lot of research or does it all come from your imagination?

Well, it depends on the book. I didn’t really know about firemen, so I was lucky enough to spend some quality time with some real ones at the Elmira Fire Department. They helped me see that my huge, cinematic fire in the middle of the book was seriously just wrong, and explained how things really are. They helped lend that bit of credibility to the book that would otherwise be missing. For Historically Yours,
I had to craft a three hundred year history of a town and its founding members, including a fictitious family tree. That was fun! I also had to do some research on types of Victorian Homes and the style of the fixtures, decor, etc, having never had the good fortune to restore one myself. I tend to write as much as I can without researching, and when I’m finally stuck, I hit the  internet.


9. What has been the most helpful piece of advice you’ve received as a writer?

Don’t give up. Everyone has a story inside them. Writing is hard. It’s torture in some cases. It’s not glamorous. It’s filled with long, sleepless nights, messy houses, spouses and  children who begin to feel a bit neglected, anxiety over what the public will  think, heartbreak when the public tells you what they think, and a constant demand on your time. Marketing is even harder than writing, and I’ve said a few times it’s like paddling up a waterfall with a toothpick. But it’s necessary, as is maintaining a professional attitude and a great deal of humility. But don’t
give up. With all of the heartache and drama and anxiety comes some great rewards. Keep at it and don’t let the task at hand bury you. It will, if you let it. It will swallow you whole and eat away at your very being. But get through it. It’s an amazing accomplishment and the battle is so worth it.

10.  Is there anyone who really inspires you as a writer?

There’s not a single person who really inspires me. Rather, there’s a multitude of people. My family inspires me. They are the reason I do everything, to help them have a better  life. My friends inspire me. I’m blessed to know so many wonderful writers who have endured their own battles and come out victorious. My mentors over the years have told me to write and encouraged me to do so. They inspire me. And the world around me inspires me. There’s so much out there. It’s fun to watch and see what events, people, or places give me the urge to put pen to paper.

Jessica Degarmo grew up in Upstate New York and now lives with her husband, children and dog in rural Pennsylvania. When she is not writing, she  is an insurance agent, the lead singer in a classic rock band, and an avid collector of gemstones.


Her publishing credits include:

She is currently working on several other projects. Visit Jessica's website for more information at:
www.jessicadegarmo.com. (Click to open)

Jessica's latest release is  Historically Yours, the second in her Johns Creek Second Chances Series, and here’s the blurb:

When recent divorcée Chloe Johns McClain decides to start her life all over again by moving from Iowa to upstate New York to take up her family inheritance, the ancestral home of the Johns family, she is not expecting to walk straight into a feud with a member of the other historic family of the town, Chase Landry.
The origins for the enmity between the Johns family and the Landrys is obscure to Chloe, but her arrival sure kicks the glowing embers
of rivalry back into a  raging fire. And just when it looks like they are slowly reaching an amicable solution, Chloe discovers something in
the joint past of the two families that really pours gasoline onto the flames ….